Here in Colorado the drought is in full bloom and heat records seem to be set daily. It has been a tough summer for the birds.  Dove hunting in Colorado is rarely spectacular but this year our one day dove hunt was notably slow. My guess is that there were about half the birds as compared to the year before. No one took a limit but of course the hunters the day before were limited out and done by 9:30am, we were told. Maybe so as that was opening day.

Even though the hunting was poor, we had a great time. The birds arrived in ones and twos all morning, the weather was perfect and this was Tex’s first hunt. Tex had two Labs and another GSP to hunt and play with. There is no doubt that he had a terrific time and was exhausted at the end of the morning.

END_OF_DOCUMENT_TOKEN_TO_BE_REPLACED

This year it was a perfectly comfortable morning for the opening of dove season in northern Colorado. The day heated up fast but remained pleasant and bug-free if you stayed in the shade. We topped out in the mid-90s, which is hot for us but pretty nice compared to our sweaty friends in states south of us who hunted in 100+ degrees. Hope they kept their dogs watered.

In Colorado there is a reliable and unfortunate pattern to the dove migration around opening day. We see dove everywhere all summer long – perched on wires, cooing on roof tops, swooping from tree to tree and pooping on my truck – but sometime a week or so before 9/1 they disappear. This is usually attributed to a late August cold snap but this year it was hot up to the 1st and yet their pattern of disappearance still held true. I had not seen a dove for a week when we headed out on Thursday morning. We hunted with the nice folks at Longmeadow. They have about 4,000 acres and have built a really nice event center about an hour and a half northeast of Denver.

Though the number of birds were greatly diminished from a week or two ago, there were still plenty around for us to get our limit, which we did before lunch. It was not what you would call solid white hot action but there were times when we had more birds coming in than we could handle. It was a great start to the bird hunting season.

My hunting buddy enjoying a morning of truancy.

END_OF_DOCUMENT_TOKEN_TO_BE_REPLACED 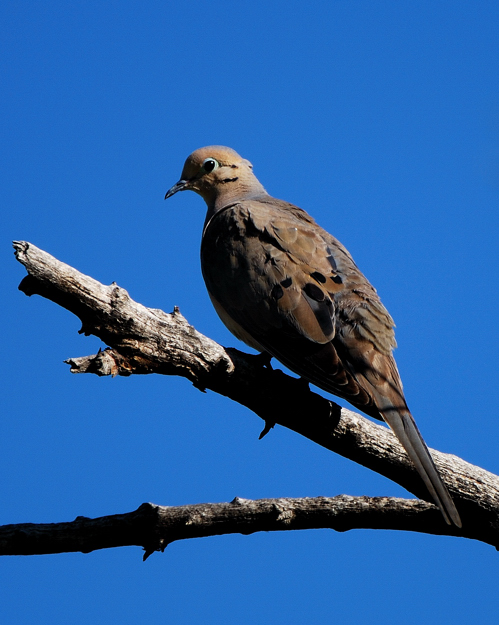